I take a look at the different musical genres in African music popular today, and how they have grown. 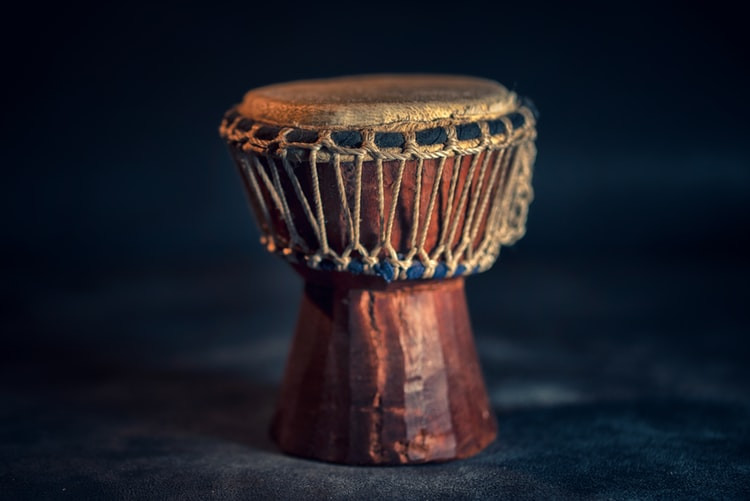 Banku music
Banku music is a subgenre of afrobeats pioneered by Mr Eazi. The core of the genre is Ghanaian highlife bounce while mixing them with Nigerian chord progressions, then mixed in with various other genre influences such as reggae, R&B, and hip-hop. Mr Eazi's style is also mellowed and laid back, with heavy usage of Pidgin English, and percolating rhythms. The genre is called 'Banku' in reference to the Ghanaian dish. The dish contains a multitude of different ingredients, much like how Banku is a fusion of various genres. Eazi credited Ghana for the mellowed sound in his music, in contrast to the typical high energy of Lagos, Nigeria.

Pon Pon
Pon Pon is a subgenre that was briefly the main sound in the Nigerian afropop music scene during the mid-2010s. The subgenre has been used to describe songs influenced by dancehall and highlife. Sess The Problem Kid, a producer, characterised the genre by its "mellow vibe and soft-hitting synths, mostly in pairs". The name of the subgenre is an onomatopoeia of the synths that feature in Pon Pon songs. There has however been confusion over exactly what defines the subgenre. It's unknown exactly where the genre originated, but Tekno's song "Pana" has been credited for popularising the sound. Krizbeatz, one of the producers behind "Pana", instead prefers to call the genre "Afro Dance Music" (ADM), denoting the influence of EDM.

Davido's songs "If" and "Fall" both fall under the Pon Pon subgenre. Other songs include "Mad Over You" and "For Life" by Runtown, "Medicine" and "Odoo" by Wizkid, "Gaga Shuffle" by 2Baba, "Mama" by Mayorkun, "Ma Lo" by Tiwa Savage, "Jeje" by Falz, and "Ur Waist" by Iyanya.

The subgenre began to fade away by the late 2010s.

Afrosoca
Afrosoca is a fusion genre of afrobeats and soca music with some influences from dancehall. The genre was pioneered in Trinidad & Tobago by Nigerian and Trinidadian artists. The genre has been pioneered by artists such as Olatunji, Machel Montano, and Timaya. Olatunji's song "Ola" was one of the most popular songs in Trinidad's 2015 carnival season, leading Olatunji to earn the prize "Groovy Soca Monarch" for his performance at the International Soca Monarch competition. Another notable song is the remix of "Shake Your Bum Bum" by Timaya and Machel Montano released in 2014, which was a hit in Trinidad. By 2016, a wave of Afro Soca songs were released coinciding with the years carnival season in Trinidad. Notable songs include Olatunji's "Oh Yah" and Fay-Ann Lyons and Stonebwoy B's song "Block D Road".

Shakira Marshall, a New York-based choreographer, has been credited with coining the name 'afrosoca' for her dance class in 2012 in order to describe the unique fusion of Western, Southern and Central African, and Caribbean dance styles she was teaching.[136][141] Afrosoca songs typically have a similar tempo to Groovy Soca (110 to 135 BPM), often with West African-influenced melodies.

Gospel singer and songwriter Isaac Blackman and DJ Derek "Slaughter" Pereira have both criticized the name and the implication that it's a new sound, particularly due to the fact that the origins of soca are African music to begin with.

Afroswing, also known as Afrobashment, is a British genre that developed in London around 2014. The genre is derivative of afrobeats, mixing it with various influences from British dancehall, grime, R&B, trap, and hip hop. British rapper J Hus and producers such as Jae5, Blairy Hendrix, Joshua Beatz have been credited for pioneering the new sound. The genre has commercially been very successful in the UK.

Afroswing is largely defined by its melody rather than a specific tempo.[59] Producer Steel Banglez stated the key elements of afroswing were happy or dark chords that "make you feel a certain way", and that "drum pattern is the most important thing about this whole sound, it's the snare that comes on the third. In hip-hop it comes on the fourth. Coming off the third beat comes from afrobeats".

Martin Connor, an expert in vocal melodies and rap analysis, described the characteristics of the genre as being technically in 4/4, what you will hear over and over again is this recurring pattern made up of three notes that are still repeated in the framework of a 4/4 time signature [..] You can hear the inspirations of Jamaican music in the rhythm except Jamaican music doesn't have a bass kick and the snare – that's hip hop, that's traditional rap. So this is that translation of cultures happening subtly in the instrumentation. Yet it still has a hip hop sensibility in terms of lyrical focus and music videos: cars, money, authenticity, hardness".

Bakosó
In Cuba, a new genre of music known as Bakosó emerged in the mid-2010s pioneered in Santiago de Cuba by artists such as Ozkaro and Maikel el Padrino and producers like Kiki Pro. Africans who were studying in Cuba helped influence local Cuban artists by introducing them to African genres, leading to the creation of Bakosó, a fusion of genres such as afrobeats, kuduro, and azonto with local Cuban genres such as rumba and conga. An artist named Inka has been credited with coining the name of the genre. Originally the word "Bakosó" was used to mean "party". In 2019, Havana-based DJ Jigüe debuted a documentary titled "Bakosó: AfroBeats of Cuba" (or "Bakosó: Afrobeats de Cuba") about the genre at various film festivals, until it was globally released in 2021.

Afro trap (also written as "Afro-trap") is a genre that takes inspiration from both Sub-Saharan African music traditions and modern rap music. The genre was coined in the mid-2010s by French rapper MHD. MHD, who is of West African descent, stated he judged the world of French-language rap was too much influenced by American trends, so he decided to create Afro-Trap by incorporating elements of West African culture, such as traditional music and languages such as Fula or Wolof. The genre is only very loosely influenced by trap music.

The genre has since spread across Europe, especially in Germany where artists such as Bonez MC and RAF Camora have been pushing the genre, however with a heavier lean towards dancehall than afrobeats. The German variation of the genre has been criticized by Ghanaian Stallion for the lack of actual African influences, with the only thing remaining being a dance rhythm.

The late 2010s saw the emergence of a new commercially successful Nigerian genre, Alté, which fused a wide array of influences from Afrobeats, rap, R&B, soul, dancehall, and others. The term was coined by DRB LasGidi member BOJ on his 2014 song "Paper", and was later used to describe left field styles of music. TeeZee explained the term saying "Alté is Nigerian lingo for ‘alternative’ which means freedom of expression essentially through any medium. It's been going on since the '60s as Africans always experimented with music. It became recognized as a style or genre from about 2012 upwards and it broke into the mainstream in 2016 with the rise of its new stars." Other Alté artists and pioneers include Cruel Santino, Odunsi (The Engine), Zamir, Tems, Lady Donli, Nonso Amadi, Tay Iwar, and Amaarae.

Afrobeat was pioneered by Fela Kuti, a Nigerian bandleader and instrumentalist whose musical ideas and political ideals formed the core of Afrobeat's aesthetic as it appeared in the 1960s. Kuti's experience with Highlife music in the Koola Lobitos Band moved Kuti to include the African pop-jazz hybrid as one of the primary influences upon the new style.

Big bands: Performing forces requiring many performers on a variety of different instruments.
Energy: Fast tempi combined with polyrhythmic percussion.
Repetition: The continual deployment of some musical cell in a repetitive pattern.
Improvisation: Spontaneous creation of music within a set of parameters that may place melodic, harmonic, or rhythmic restrictions.
Mixed genre: Seamless integration of several musical styles.
Afrobeat evolved during the 1960s in southern Nigeria and drew some of its inspiration from the free jazz movement. Fela Anikulapo Kuti took African harmonic and rhythmic concepts and surrounded them with the musical trappings of Highlife, free jazz, and other contemporary musical genres to create the sound.

As is often the case with Afrocentric genres of music, politics play a role in the subject matter of many Afrobeat songs, which in turn serve as part musical expression and part social commentary. Fela Kuti, in his songs, adopted a stance opposed to the contemporary African political climate of the 1960s, broaching topics as diverse and military corruption and national sovereignty, which resonated across much of the continent. This resonance spurred a blossoming number of Afrobeat performers throughout the 1960s and 1970s, and although much of this music was recorded, evidence of those performances is now scarce.

Are you sure you want to delete this address?

You are about to purchase the items, do you want to proceed?

Are you sure you want to delete this product?

Are you sure you want to pay for create story?

Are you sure you want to buy a ticket?

Are you sure you want to leave this event?

Are you sure you want to delete this event?


The track has been moved to following album.